Who makes these lists, anyway?

I’ve really been getting into birthstones and wedding anniversary gifts lately, so I’ve been spending a lot of time looking around for a definitive list of the appropriate things to give on a birthday or special occasion.

And it seems that when it comes to gift giving traditions, everyone has a list.

Problem is -considering the fact they’re supposed to list traditions- they’re not all the same. They’re barely similar, actually. For example, the suggestions I’ve seen for a first wedding anniversary gift range from paper, flowers and clocks to gold jewelry and fresh water pearls, peridot, rose beryl and amber, while I’ve seen amethyst as a suggestion for the 4th, 6th, 9th, 12th, 17th, and 33rd wedding anniversary.

So I’ve been wondering who makes these lists, and I’ve found they’re at least partially based on truly old traditions and rituals. (The other part seems to be comprised of an eclectic mix of gift suggestions, including an influential list by Emily Post, who wrote a book on etiquette in 1922; I also found a list based on the extensive research of an expert on crystals and gemstones, and of course there are the inevitable modern retail business recommendations.) Apparently, the tradition of wedding anniversary gifts started with the Germans. Back in medieval times, the wife would be given a silver garland or wreath on her 25th wedding anniversary, and a gold one on the 50th. Later, the Victorians picked up on the idea, adding a gift made of wood for the 5th anniversary. Soon, gifts for every landmark anniversary were added and gemstones came into the picture.

Now we get to have a gift every year. But which to pick? I for one am an advocate for creatively combining all the lists and choosing one or two (or three) gifts that best suit our moods. A card, carnations and freshwater pearls? Yes, please!

I feel the same way about birthstones. Birthstones date all the way back to ancient times in the Far and Middle East, and there seems to be a little more agreement among the birthstone authorities (at least until you get to astrology signs). But having been born in August, I’m thinking I’m ready for a short break from peridot. Sardonyx, diamond, carnelian… they’re all August birthstones, and all on my wish list.

So in a moment of sheer brilliance (or maybe it was misdirected boredom), I have gone and joined the list-making crowd, and combined the various suggestions I’ve come across into three more comprehensive gift giving lists:

Take a look. Get creative. This way, you’ll never run out of ideas to surprise the ones you love. 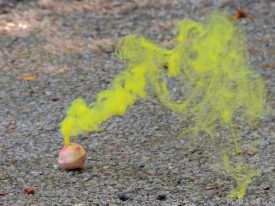 As lit by the fireworks lighter. 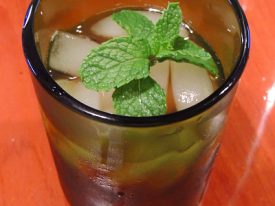 As found on the salon table: refreshing mint...