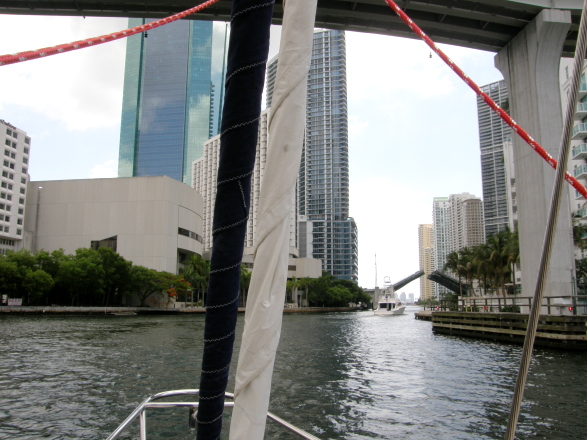 This was a happy sight. The last bridge to the bay opening as we were sailing toward it.  Unlike one of the hmpfteen earlier bridges in our path from boatyard-to-bay, which broke down as we sailed up to it. We got a little delayed, but were grateful it got fixed within a couple of hours. Our record delay was actually at the bridge in this photo.  That time, we gave up after more than four hours of idly observing the workmen idly observing the inert bridge. We went back to the yard and did not try our luck again until a month later. 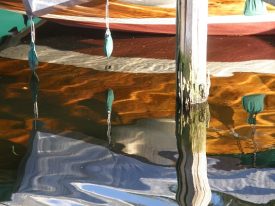 Admiring her reflection, lovingly covered with a weighted... 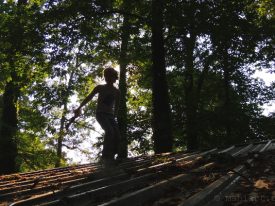 The nine year old on the low roof... 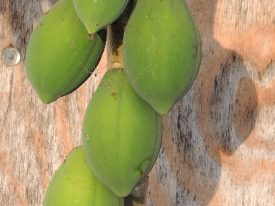